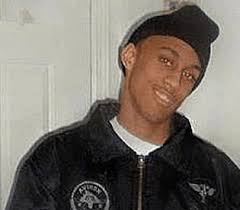 Chukwuezi was also found guilty of unlawful possession of a firearm — the same weapon he used May 7, 2009, to fire away at Turner in the back of the head as the teen waited for a school bus early that morning on Dudley Street while munching on a honey bun.

Chukwuezi faces a mandatory life sentence without the possibility of parole, according to Suffolk District Attorney Daniel Conley.

“A 15-year-old boy’s life was snuffed out as he did what thousands of teenagers do every day,” Conley said. “He stood waiting for a bus to school. His life and all his potential ended when a coward walked up and shot him in the head for no good reason at all.”

Through seven days of testimony, prosecutors stated Turner was murdered by Chukwuezi after purchasing a honey bun and bag of potato chips at Nunez Market on the corner of Dudley and Adams Street.

The two talked briefly, prosecutors said, and then Chukwuezi shot the unsuspecting Turner twice with a .380 caliber semiautomatic handgun killing him.

The entire incident was captured by surveillance cameras on two nearby buildings and the footage was corroborated through testimony of multiple witnesses, Conley said today.

A formal sentencing hearing will be held at Suffolk Superior Court later today.