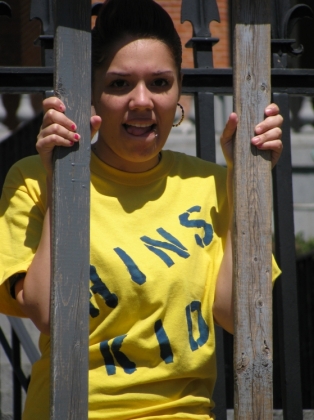 On Wednesday, June 27 at 1:00 p.m., hundreds of adults and youth from across Massachusetts will mobilize at the State House.
Sign up here to reserve your seat on the bus or call 508-713-8420

For over 40 years the CHINS system has criminalized young people who need help, not punishment, a probation officer and the lasting stigma of a court record.  In July 2011, the Massachusetts Senate unanimously passed our bill (S.1963) to reform the CHINS system to FACES (Families And Children Engaged in Services) so that young people and their families can receive mentorship, mediation and counseling services they need.  For nine months, our House of Representatives has failed to act.  Join us and our allies: Children’s Mental Health Campaign, The Children’s League of Massachusetts and Massachusetts Alliance for Families as we call on the Speaker to release S.1963 from House Ways and Means (tee shirts and lunch will be provided).  This is our final chance – help us make it happen!!

“CHINS” is Broken – Face the Facts!
The Problem: For nearly 40 years, CHINS has punished thousands of people, and helped few.

The Solution: Senate Bill 1963 would replace CHINS with a new program: FACES