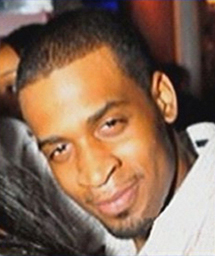 Friends of the 26-year-old man who was fatally shot by police were in disbelief yesterday and were left wondering what happened a day after a Boston police officer shot him.

Friends identified the man as Burrell Ramsey-White and said he lived on Yarmouth Street, about a block from where he was shot by police Tuesday in the South End.

“There’s an explanation due to his mother,” said one woman who described herself as a friend but did not want to disclose her name.

Police provided few additional details yesterday about the incident that started around 5:45 p.m. on Dartmouth Street. Officers tried to pull over Ramsey-White in a Cadillac. A short foot chase followed, and he allegedly produced a gun, police said. Officers then shot him once in the chest on Yarmouth Place.

Commissioner Ed Davis would not say yesterday why Ramsey-White was being pulled over.
“You may find that unusual at this point in time,” Davis said. “We will not confirm the actual reasons for the stop until we interview the officers, which will be [today].”

The officer who shot Ramsey-White is a five-year veteran. Both officers involved in the
incident are on paid administrative leave and were taken to a hospital for stress after the shooting.

Davis did say that the owner of the car was stopped on Saturday and arrested for possession of heroin.
He also said the victim was in a Roslindale home where an unsolved fatal shooting took place earlier this month. Four men were shot and one died.

A gun was recovered at Tuesday’s scene and is being examined by investigators, Davis said.

Ramsey-White also has a criminal record, but friends yesterday remembered him for his joking personality.