Mapping the 31 (as of this posting) shootings that have happened in Boston since the Boston Marathon reveals that most shootings took place in the neighborhoods of Roxbury, Dorchester and the South End, with many just a few blocks apart, some even taking place on the same street or block.

View Full Map and List of Shootings in Boston Since the Marathon.

Click on a pin for details of when and where the shooting occurred and how many people were shot. 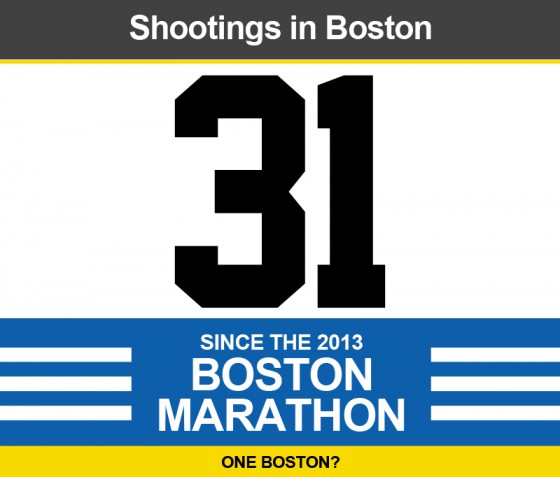