As the public data has been released from the City of Boston, several media outlets have reported on the salary breakdown for the City of Boston. The Blackstonian wanted to take that data and make it more visual.  Out of roughly 19,650 City of Boston employees, 4,300 are making $100,000 or more. 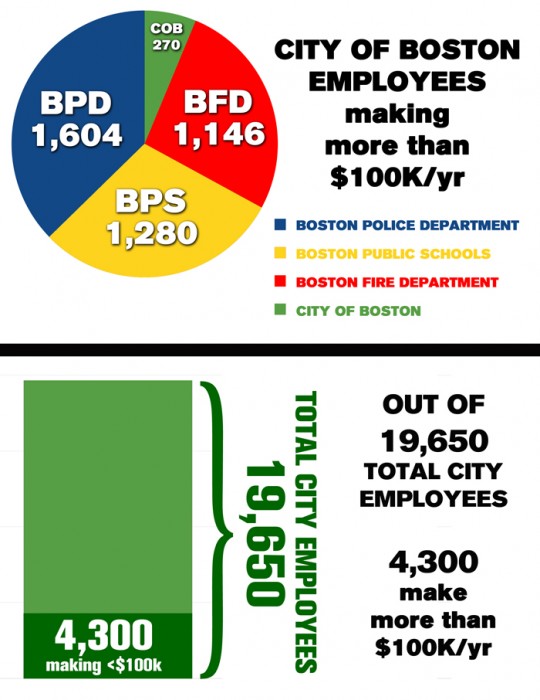