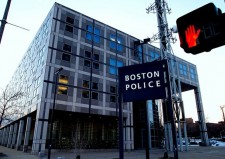 Seven years after the city established a civilian board to review allegations of police abuse, the board remains largely powerless, ineffective and little-known according to attorneys and community activists contacted by the Banner.

The three-person Civilian Ombudsman Oversight Panel reviews a small fraction of the civilian complaints referred to the Police Department’s Internal Affairs Division, often taking more than a year to review cases and upholding the majority of the IAD’s findings over the last two years, according to information on the board’s website.

0 0 0 0
Previous : Banner: An ACLU oversight in the Henriquez case?
Next : Quote of the Day