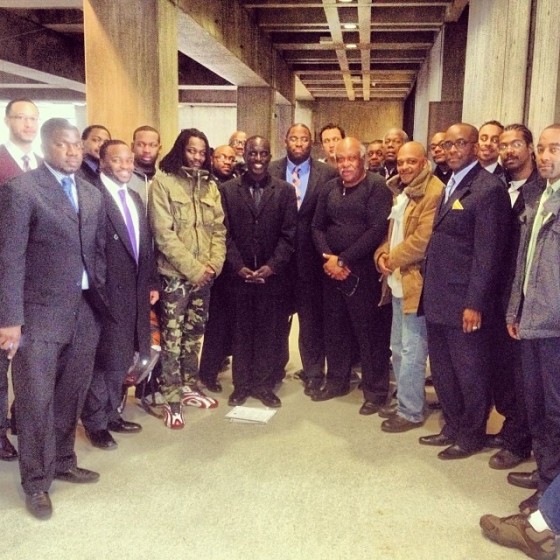 FOR THE ACTUAL CITY COUNCIL ORDER CLICK HERE FOR PDF:
ORDER re: Commission

BELOW IS THE PRESS RELEASE FROM COUNCILLOR JACKSON’S OFFICE
Press Contact:
Reynolds Graves

Boston – February 26th In today’s regularly scheduled meeting of the Boston City Council, District 7 Boston City Councilor Tito Jackson will announce an ordinance establishing a fourteen member Citywide Commission that will advise Mayor Martin J. Walsh on issues pertaining to Black Men and Boys. The order also calls for the appointment of an advisor by Mayor Walsh known as ‘the Advisor to the Mayor on Black Men and Boys’ to whom the Commission will report.

Despite the Black community’s large presence throughout the City of Boston, there is no formal commission to support the economic advancement, gains in education, business ownership, or political influence of Black Men and Boys.

“In the year 2014 in the City of Boston, we still have plenty of issues that face Boston’s next generation of Black Men and Boys. It is time for the City of Boston to take leadership in our citizen’s prosperity with the hope of creating lasting paths to success for one of our most vulnerable demographics” said Councilor Jackson.

The announcement, which will take place during a formal meeting of the Boston City Council today, is a culmination of initiatives Councilor Jackson lead during the month of February to commemorate Black History Month with a focus on the future of Black Men and Boys in the City of Boston. Throughout February, Councilor Jackson hosted a mentoring breakfast for young men; spoke at Boston College Law School regarding the historic significance of the Civil Rights Act of 1964, coordinated a CORI sealing day and sponsored a Black Men’s Pledge Against Violence.

The Commission will also advise and monitor other city agencies on issues pertaining to Black Men and Boys and will conduct significant research with departments like the Department of Intergovernmental Relations. By coordinating resources from Federal and State Government entities, the Commission will provide recommended solutions to issues that directly impact Boston’s population of Black Men and Boys.

“It is time to pool resources. It is time to be aggressive. These are trying times for the future of Black men in the City of Boston and I am joining with members of the community to shine a light on the bright future for this specific population of our City.”