How’d We Miss This? “White Men Who Can Jump?” 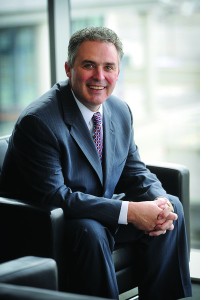 File under: Can’t make this stuff up.

I am absolutely kicking myself for missing this event in March.  Right after the fervor around this year’s St. Patrick day there was an actual event honoring White Men only for their outstanding achievements in promoting diversity.  Only in Boston would such a gathering in fact even be special but that ain’t even the kicker.  The event itself featured the 12 selected honorees who were bestowed with the title of “White Men Who Can Jump.”  Yes, that’s real.  I don’t know who the person who developed this concept or who their circle is that okayed and went along with it but this tongue in cheek “honor” is in poor taste.  If we are serious about diversity then perhaps the title should embody the seriousness of the issue and honor the memory of those who paid for it with blood, sweat, tears and often a brick or bottle upside the head.  If we were to honor 12 disciples of diversity in Boston, my guess is that the selected group would be as diverse as the diversity that we “promote” but seem to not honor.

Don’t take my word for it. See for yourself:

MCCA’s Rooney Honored as “White Man Who Can Jump”

BOSTON – James E. Rooney, Executive Director of the Massachusetts Convention Center Authority, was among 12 Boston business and philanthropic leaders honored Tuesday night by Get Konnected! as outstanding diversity game changers in the City of Boston. Rooney was recognized for his success in making Boston a more appealing destination for minority-based meetings and events. The “white man who can jump” theme honored these white, male business leaders who have strongly supported diversity.