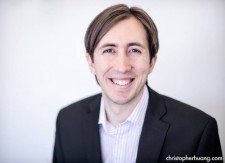 By: Adam Friedman
Adam Friedman is a guest columnist for the Blackstonian. Adam is a civic technologist and web developer.

The letter below is my response to “Mo. killing reverberates in Boston,” Boston Globe, 8/15/2014.

Another innocent black man gets murdered by white cops. Another protest erupts. Another week of writhing under the pungent residues of American apartheid. Since 1964, this tragic carousel has turned and turned. It is now half a century later. Why hasn’t this situation evolved?

Because our response hasn’t. On Thursday, movement leaders in Boston should have been at the Mayor’s and City Council’s door with plans to reform our toothless civilian police review board. Instead, luminaries like Dr. Charles Ogletree called for “a lot of noise,” organizers handed out magic-markers and signs in the Boston Common, and activists sought “to let the people in Ferguson know … the people in Boston care.”