Excelsior true believers! Everyone knows I am a huge comic book fan. One of the most interesting series ever produced from the genius mind of Stan Lee was called “What If?” This particular series would present improbable scenarios moshing up the most unlikely of characters and situations.  With the national focus on policing and the protests and protesters who have been lumped under the “Black Lives Matter” umbrella I thought it would be fun to explore this “What If?” scenario.

What if, as a culmination of the “actions” organized by protesters, many of whose purpose was to disrupt public events, what if Black Lives Matter showed up at the St. Patrick’s Day Parade in South Boston?

Whether their intent would be to march or to disrupt, either would be a disruption of epic proportions.

First, if the intent was for the Black Lives Matter people to march in the actual parade you would have seen how quickly this new “inclusivity” everyone has been talking about this year would fly out of the window.  If you think that the battle for gays to openly march in the St. Patrick’s Day Parade was heated I can tell you you wouldn’t ever see nothing like the hullabaloo that would ensue if Black AND (dare I say it) GAY people wanted to march while promoting the notion that Black Lives Matter and calling out police abuses. Can you imagine?!? If in fact Black Lives Matter in some alternate universe was allowed to officially march in the parade, then the resulting media backlash from the Herald and its esteemed commenters plus the reaction and jeers from the South Boston crowd would be newsworthy in and of itself.
Secondly, if Black Lives Matter was not allowed to or rather did not want to or request to march and simply just to showed up to disrupt, then we are talking full blown race riot ala 1974. How quickly all the drunken revelry would turn to hate fire fueled by alcohol. How quickly would “Boston Strong” devolve into the barbaric caveman behavior of the busing era.  If Black Lives Matter showed up at the St. Patrick’s Day Parade how long would it take for slurs and epithets to be shouted? How long would it take for blows to be thrown?

So, what if Black Lives Matter showed up to the St. Patrick’s Day parade? Interestingly enough St. Patrick’s Day is almost exactly 2 months from Dr. Martin Luther King’s birthday.  My 40+ years in Boston tells me that even Dr. Martin Luther King would get harassed, criticized, condemned, ridiculed, beat up and maybe a bottle upside the head or a stint in jail if he was alive to attend the parade and dared to bring up issues of justice on the mighty white holy ground of South Boston’s signature event.  Whether MLK or BLM it has always been clear that when it comes to freedom, justice and equality we are on our own and it would be very difficult to stand declaring that “Black Lives Matter” when they just don’t to a large segment of this city.

Boston truly is “A tale of two cities” and if we ever want to see what that looks like  it would only take a what if scenario like this to bring out the worst of us and expose the “One Boston” myth for the lie that it is. 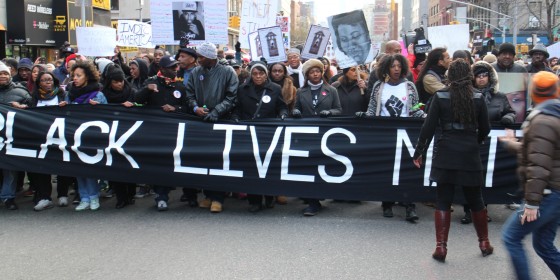 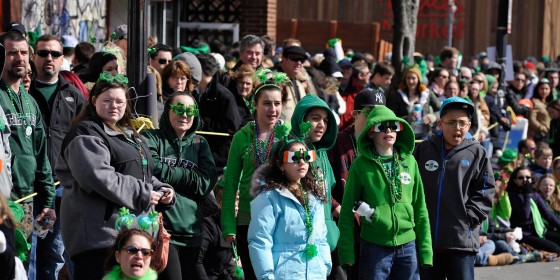