Many folks in Boston got to share some laughs with Kevin Hart at his sold-out 3 shows at TD Garden.  Before his shows, Kevin Hart began telling people on social media that he would be doing a 5K run and asked Bostonians to come join him.

It was a genius idea, both in marketing and just a fun (and healthy) way to engage with fans. 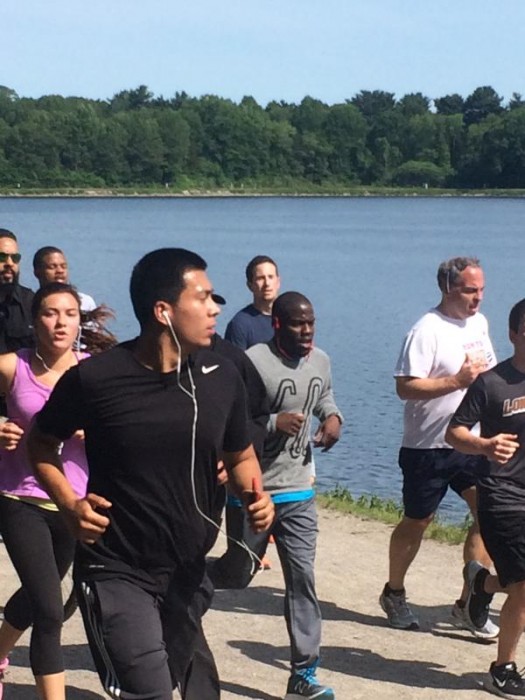 1) I would have come but the way my banking account is set up, see its my checking and the way it licks with my savings….
2) Next time you come to Boston, come to the Hood. We have the most beautiful park in the City, Franklin Park and it a runners destination and smack dab in the middle of the Black Community. This is where the kids and adults who watch your movies and have been rooting for you since the beginning live. I can guarantee hundreds would have come out to support you and you would have ran to cheers of “You gonna learn today”

If you missed this mornings Periscope broadcast you can watch it now! RT #BostonRun5k #RallywithKevin https://t.co/flEOkQSN9P