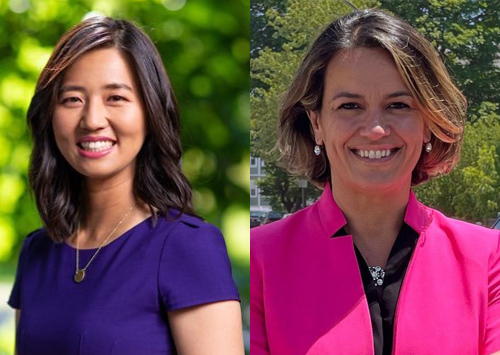 Last year, amid public pressure and a call for police reform across the country, Mayor Walsh responded by assembling the Boston Police Reform Task Force (the “Task Force”), to examine key policy areas of the Boston Police Department (“BPD”), determine the changes that were needed to combat systemic racism, and deliver recommendations to improve policing within our communities. We all had the pleasure of serving on the Task Force and addressing an immensely important and complicated issue in a relatively short amount of time. Collectively, we dedicated hundreds of hours to research and deliberation, meeting with experts from across the country, and conducting public forums that provided us both verbal and written testimony from Boston’s communities.

After several months, we issued a robust set of recommendations aimed at (1) advancing racial equity; (2) increasing accountability; and (3) building community trust in the BPD. We described these recommendations as the “floor, not the ceiling.” Both the Walsh Administration and the Janey Administration pledged publicly their intent to implement fully the Task Force’s recommendations, which were well received by the public, elected officials and the media alike.
Since that time, however, the public and the media have expressed frustration with the pace and manner of implementation. We, as members of the taskforce share those frustrations. We are not satisfied with the progress of implementation and in some instances, believe our recommendations have been incorrectly applied. To that end, we ask both Mayoral candidates to pledge their commitment to implementing the recommendations of the Task Force with all due haste upon their inauguration into the Mayor’s office.

The Task Force remains committed to the implementation of its recommendations, the reform of the BPD policies and practices perpetuating racial inequity, and the collective future of Boston’s many communities. To that end, we wish to offer our continued service in an advisory capacity to the next Mayor of Boston with respect to the implementation of our recommendations and continued police reform efforts.