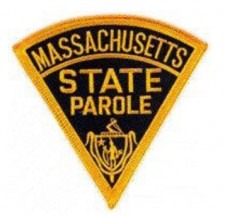 THERE IS AN OPENING ON THE MASSACHUSETTS PAROLE BOARD
!!!APPLY IF YOU ARE INTERESTED!!!

As of June 2, 2012, there will be an opening on the Massachusetts Parole Board. The term of office of one of the present members, Lucy Soto-Abbe, ends on that date. The Governor will likely be reviewing applications for that position during May and nominating someone for the opening. He could re-nominate Ms. Soto-Abbe or he could nominate YOU. We are urging the Governor to nominate someone new. After the Governor makes his nomination, that person must be approved by a majority vote of the Governor’s Council, just as judicial nominations.

The Massachusetts Parole Board is an agency within the Executive Office of Public Safety and Security. Parole is the procedure by which a prisoner is released from incarceration prior to the expiration of his or her sentence, permitting the prisoner to serve the remainder of the sentence in the community under the supervision of the Parole Board in compliance with general rules of conduct and often with special conditions of release. The Board has seven members. In making release decisions, the Parole Board is statutorily directed to grant a parole permit if it is “of the opinion that there is a reasonable probability that, if such prisoner is released, he will live and remain at liberty without violating the law, and that his release is not incompatible with the welfare of society.” Mass. Gen. Laws ch. 127, §130. Parole is really the art of predicting behavior and determining what a person needs to succeed, after carefully reviewing a person’s life history.

The statute governing appointments to the Parole Board, M.G.L. c.27,§ 4, requires that persons appointed to the Board have an undergraduate degree and at least five years of experience and training in one or more of the following fields: “parole, probation, corrections, law, law enforcement, psychology, psychiatry, sociology [or] social work.” Our present Parole Board has six members who have worked in law enforcement, parole or corrections and one member who is a psychologist who has worked as a court clinician. Our Parole Board needs members with backgrounds in criminal defense work, sociology, social work, psychology and psychiatry.

Excellent candidates will believe in presumptive parole, will work to get more people out of prisons and into the community, will have an understanding of transformative/restorative justice, will have an understanding of how racism/classism/homophobia all play out in sentencing as well as incarceration, will recognize the humanity in people regardless of the offense they were convicted of, and will bring compassion and mercy to the Parole Board.

The job requires you to be at the Parole Board’s central office in Natick, MA one day a week for lifer hearings, and to be at prisons around the state on at least three of the other four days. It is hard work. If you are interested, you should send your cover letter, resume, and references to: