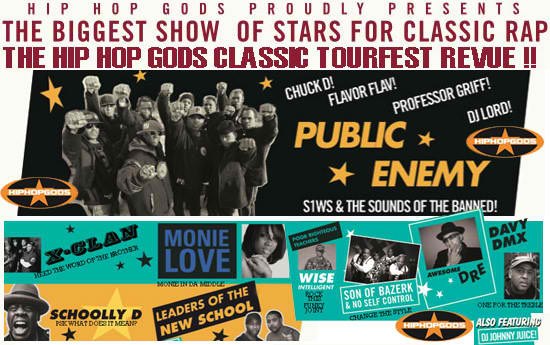 The Hip Hop Gods tour will kick off in Washington DC on November 28 and wind up on December 13 in Los Angeles, California. The tour will also make stops in Boston, Chicago, Minneapolis, and Denver.

The tour will be filmed for a documentary to be released at a later date. More Hip Hop Gods tours are in the works for 2013 that will include KRS-One, Kool Moe Dee, MC Lyte, Big Daddy Kane, and others.