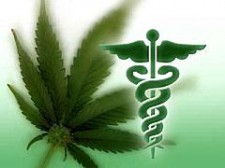 Question 3, the ballot initiative approved by 63% of Massachusetts voters, allows qualifying patients to use and purchase marijuana “produced and distributed by new state-regulated centers or, in specific hardship cases, to grow marijuana for their own use.”

The Massachusetts Medical Marijuana Initiative, also known as Question 3, was voted in on the November 6, 2012 ballot in the state of Massachusetts as an indirect initiated state statute. The measure will legalize the use of medical marijuana in the state. The initiative is being backed by the American Civil Liberties Union, the Massachusetts Patient Advocacy Alliance and the Committee for Compassionate Medicine.

A YES VOTE would enact the proposed law eliminating state criminal and civil penalties related to the medical use of marijuana, allowing patients meeting certain conditions to obtain marijuana produced and distributed by new state-regulated centers or, in specific hardship cases, to grow marijuana for their own use.

A NO VOTE would make no change in existing laws.