Boston Mayor Thomas Menino’s decision to not seek re-election presents a profoundly unique and opportunistic occasion for the city’s black community. Not since the mayoral candidacy of Mel King in 1983 has the black community been strategically positioned to substantively sway the policy direction of the city.

Because Boston’s black community—which includes African-Americans, and blacks from the Caribbean and Africa–is burdened by disproportionate suffering, misery and social dislocation it has the most to gain in the election outcome for mayor.

·      A 2012 Boston Foundation report states that the highest concentration of children in poverty across the state live in Roxbury, Dorchester and Mattapan

·      According to a 2011 Urban League of Massachusetts State of Black Boston Report, black unemployment rates are the highest of any groups in Boston and black median household income ($33,420) is $30,000 lower than that of the white median household income ($63,980).  A persistent racial gap between blacks and whites in terms of median income remains regardless of the type of family structure or the education attained by blacks.

·      The same report states that black homeownership remains relatively low when compared to white homeownership, and the black community has experienced a very high number and concentration of foreclosures. Almost two-thirds (63.1 percent) of all black homeowners pay more than 30 percent of their household income for mortgage costs.

·      Boston police records report that while the Boston homicide rate has dropped during the Menino administration (as it has across the nation, notably in New York City), the victims of murder in the city’s streets are overwhelming poor and black.

Two distinct leadership approaches must immediately emerge from within the black community in order to respond to the multiple crises confronted by poor and vulnerable citizens of the city who happen to be black.

First, Boston’s black leadership class–including elected and appointed officials, activists, clergy, non-profit directors, policy advocates, business leaders and its media–must publically articulate the unfortunate suffering transpiring in its communities.  These leaders must feel compelled to summon the moral and political courage necessary to inject into the mayor’s race meaningful discussion, debate and dialogue about the persistent racial disparity that exist in the city.  Ironically, many black leaders in Boston are acutely aware of existing racial inequality because they live in proximity to it.  Yet, in the three decades since King’s run for mayor, black leadership has failed to proffer comprehensive and ameliorating policy responses that effectively alleviate structural and race-based disparity.

Second, Boston’s black leadership must quickly formulate consensus about policy priorities for the next mayor.  These policies must be pragmatic, specific and ready to be implemented at the outset of the next mayor’s first term.  These policies ought to also be associated with a commitment from the next mayor that their administration reflect the diversity of the city, including blacks, Asians and Latinos.

Infant mortality, neighborhood segregation and uneven educational attainment remain as monumental impediments that prevent blacks from competing on an even playing field in Boston.  Black leaders can offer solutions to these problems through planning, coordination and consensus.  They must also engage mayoral candidates to take sober assessment of the many challenges confronting black people in Boston and urge them to pledge their commitment to these issues upon being elected.

Menino, the so-called urban mechanic, presided masterfully over a city that grew and prospered during his tenure.  In demonstrably clear ways, Boston has emerged as a world-class city because of Menino’s tireless efforts.

Unfortunately, the residue of racism persist.  Against this backdrop, black leadership must responsibly act in the interest of closing the painful gap that exist between blacks and whites in Boston.  If they fail to capture the unique opportunities that the present mayoral election provides, significant numbers of black families and individuals will continue to suffer on the margins and in the shadows of the city. 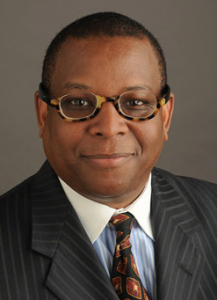