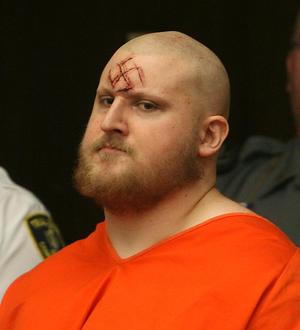 BROCKTON — After his arrest for a murderous rampage, alleged killer Keith Luke described to police a plot to invade the homes of non-whites, kill them, and drive to a temple hosting bingo night, where he had intended to have a “happy ending” by committing suicide.

“I decided I was going to kill as many non-whites as possible, and then kill myself,’’ Luke told police, his defense attorney said today in court.

0 0 0 0
Previous : Rep. Carlos Henriquez calls on BPD & leaders to address post-Marathon violence
Next : Boston Mayor’s Race: And then there were 16