Are we surprised? Boston Insider lists Boston as one of 21 Highly Segregated Cities in America clearly illustrated in maps using census data.

Boston’s  black-white dissimilarity score is 67.8, according to a study of 2010 Census data by professors John Logan and Brian Stults of Brown and Florida State University. A score above 60 on the dissimilarity index is considered very high segregation.

The red dots show white people, blue is black, orange is Hispanic, green is Asian, and yellow is other, according to maps of 2010 Census data by Eric Fischer. 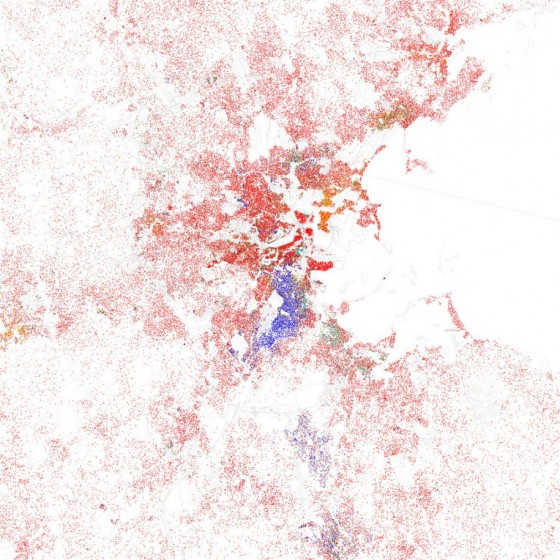 0 0 0 0
Previous : President Obama at 2013 White House Correspondents’ Dinner
Next : Quote of the Day