Blackstonian Editor’s Note:
While the worldwide scandal unfolded in the Catholic Church, little has been said by many in our community about the undercurrent of sexual abuse in Black & Latino churches. We have all heard the rumors and winked and nodded at the “gay choir director”, the “preacher who like young boys/girls”, etc.  Almost like a Tyler Perry play we find a sick humor in the characters and allow it to fester and continue right under our noses for fear of unpopularity, starting trouble or whatever other excuse.

This is a far too common occurrence and it doesn’t have to be a nationally televised flamboyant mega-preacher like Eddie Long.  Unfortunately, below is another case close to home that highlights the fact that sexual abuse in churches by people who hold “authority” is not cute, not funny, not something to be quiet about, not something to laugh at, but rather something that we all must face and deal with for the sake and safety of our children.

Say no to sexual abuse in church/mosque/temple whether you are a Muslim, Jew, Christian, Baptist, 7th Day Adventist, Jehovah Witness, COGIC, AME, etc. ANYONE who believes in God or those who may not believe but have a moral standard can all agree that children should not be prey in the places that they are supposed to pray.
-J. Crawford 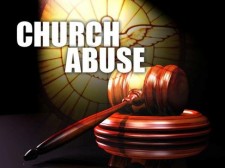 The Boston Globe reports that Lynn Pastor, 62 yr. old Daniel Lopez, was released on $25,000 bail from Lynn District Court. Lopez is charged with sexually assaulting 5 children over time span of several years.  The attacks are reported to have taken place between 2004-2008 while Lopez was a Paster at Vida Real Internacional Congregation in Lynn.