With 26% of tracts in Boston gentrifying the hub is the most gentrified city in the nation according to the Cleveland Fed who released a study of gentrification patterns and the effect of gentrification on residents’ financial health.

Daniel Hartley, the author of the study, defines a neighborhood as gentrifying “if it is located in the central city of a metropolitan area and it goes from being in the bottom half of the distribution of home prices in the metropolitan area to the top half between 2000 and 2007”, noting that housing prices are a good overall reflection of the economic health of a neighborhood.

“Four cities saw significant shares of the neighborhoods that could gentrify, do so: Boston (61 percent), Seattle (55 percent), New York (46 percent), and San Francisco (42 percent). In Boston, the gentrifying neighborhoods represented about a fourth of the entire city’s population. In other cities, the proportion was much smaller.” 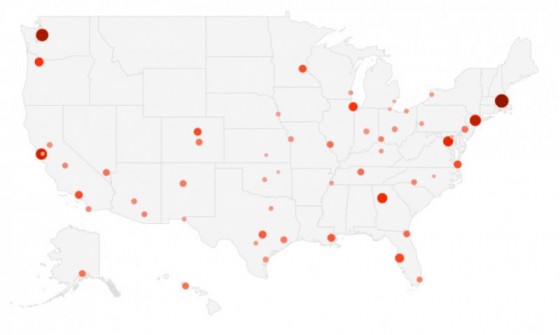 Read more and see the other cities on the list