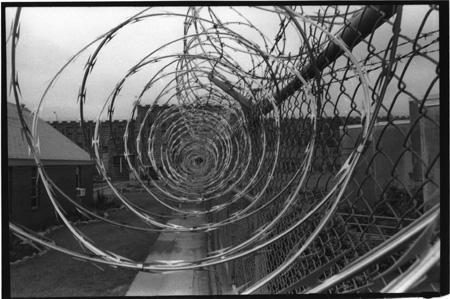 The number of Americans incarcerated in federal prisons throughout the country has increased by nearly 30 percent over the past ten years, according to a new report by an investigative arm of Congress.

The Government Accountability Office (GAO) report released Monday attributed the 27 percent surge in prison population to mandatory sentencing minimums. The practice, in which a judge’s discretion is almost completely removed from the sentencing process, mandates that nonviolent drug offenders are given pre-determined sentences. Critics have asserted that those prison terms are needlessly harsh and can put someone who presents no physical threat to society behind bars for decades.

“The Department of Justice’s (OJ) Federal Bureau of Prisons (BOP) is responsible for the custody and care of over 219,000 federal inmates – a population that has grown by 27 percent in the past decade,” the GAO report states. “BOP is composed of 119 institutions, 6 regional offices, 2 staff training centers, 22 residential reentry management offices (previously called community corrections offices), and a central office in Washington DC.

“With a fiscal year 2013 operating budget of about $6.5 billion – the second-largest budget within DOJ – BOP projects that its costs will increase as the federal prison population grows through 2018…A variety of factors contribute to the size of BOP’s population. These include national crime levels, law enforcement policies, and federal sentencing laws, all of which are beyond BOP’s control,” the report continued.

Punishment for the same crime has become much more severe over the past quarter-century, according to a study released earlier this year by the Urban Institute. Drug offenders arrested in 1974 were facing an average of 38.5 months, yet if someone was charged with a similar crime in 2011 they would have faced an average of 74 months.

Prison populations only swelled during that time. Just 50 percent of convicted drug offenders were sentenced to prison in 1986, but that percentage jumped 40 points to a 90 percent likelihood in 2011.

Such numbers are relevant not only to drug users and their families, but also American taxpayers who foot the bill for the swelling incarceration rate. The Justice Department’s budget for the federal prison system increased from $5 billion in 2008 to $6.9 billion today. Of that total, $2.5 billion is meant for inmate programs such as drug treatment, “psychology services,” and $435 million for food services.

Signaling the Obama administration’s awareness of the growing problem, US Attorney General Eric Holder announced in August of this year that the Justice Department would no longer pursue prison time for nonviolent drug offenders. He also called on federal prosecutors to charge suspects in ways that do not automatically trigger mandatory minimum sentencing.

Holder said that the War on Drugs of past decades now means “too many Americans go to too many prisons for far too long, and for no truly good law enforcement reason.”

0 0 0 0
Previous : Shooting in Egleston; Shots Fired in South End; 180 Shootings Since Boston Marathon
Next : Boston among top 10 most economically segregated cities in America