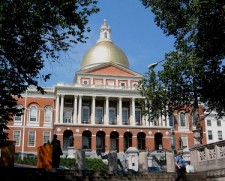 URGENT ACTION NEEDED IN THE SENATE!

This week, the Massachusetts Senate is debating amendments to its proposed budget, prior to a vote.  Because the House has already finalized its budget, this is the last chance to get anything good into the budget.

If you can’t make all three calls right now, just make one!  It takes 30 seconds.

There are TWO urgent Jobs Not Jails priorities hanging in the balance right now:

1)      Youth Jobs Funding – The House of Representatives’ budget shamefully slashed funding for every one of the programs that creates employment opportunities for young people, or connects them with existing jobs.  The Senate’s first draft budget that came out last week restored some funding, but not enough.  The Safe and Successful Youth Initiative (SSYI) received only $4 Million, and the School to Career (STC) program received only $2.5 Million (see script below for full-funding totals).

2)      Ending the Drug War at the RMV – Our bill to repeal the automatic driver’s license suspension that befalls anyone convicted of any drug offense in Massachusetts very nearly made it through the Senate last week, but Senate President Murray requested more information about the fiscal impact from the DOT, which they are compiling now.  President Murray encouraged our lead sponsor, Sen. Harriette Chandler to attach the bill as an amendment to the budget this week, and we are very hopeful it will be accepted – if we can show that it is a priority!

Here is your script, in case that’s helpful:

I am calling to request that Senator_____ co-sponsor three amendments, and that they caucus on those amendments during the week of the budget debate.

If you would like more information about these priorities, please do not hesitate to write back to us.