The latest conflict between Israel and Palestine in the Gaza Strip has drawn the attention of the world. Many have condemned the actions of Israel against Gaza while some, most notably President Obama, have shown solidarity with Israel and little sympathy for the plight of the Palestinian people. Even a quick glance at the numbers of casualties from both sides will tell you that Israel is the aggressor with stronger and more powerful weapons and they are killing civilians, among them elderly, women and children in increasing numbers.

The Blackstonian stands with the Palestinians. The conflict in Gaza needs to end now and the only cease fire that matters is when/if Israel stops fighting fire with lava. 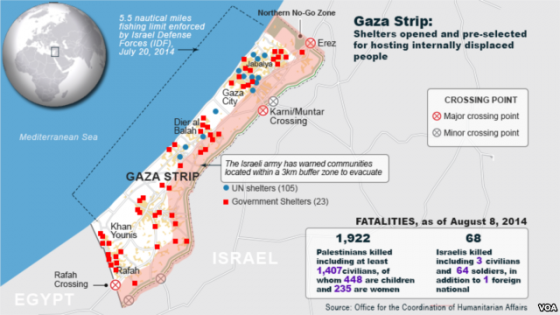