Over the years the since the Blackstonian’s birth in 2002, myself and various partner organizations and individuals have joined together to organize numerous events, community meetings, legislative campaigns, press conferences and more all in an attempt to address the critical issues facing communities of color in Boston.

There is only one candidate who has been there throughout it all and that is Carlos Henriquez. I met Carlos before he was ever in politics. I have seen him go from a manager at Kinko’s (who was already employing youth from his neighborhood), to constituent services director in City Council in Michael Flaherty’s office (still using his position to help people), to a candidate for District 7 and finally ascending to the State House as a State Rep. Carlos has been there for the food drives and giveaways, the community town hall forums, the press conferences, the community cookouts, the backdoor brainstorm sessions, the push to stop “BPD Safe Homes initiative”, “3 Strikes in MA”, “Mandatory Minimums”, “Jobs Not Jails”, “CORI” and more… 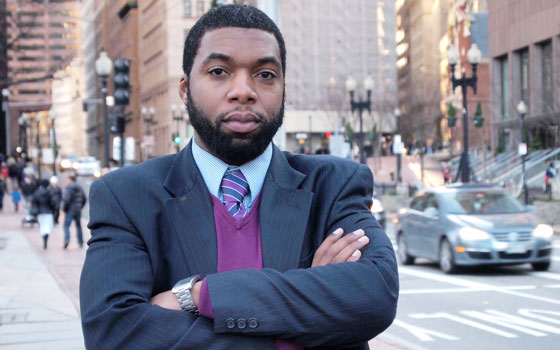 Many people may think I endorse Carlos simply because he is my friend. Its actually the other way around. He is my friend because of the same qualities he possesses as a human which makes him a great candidate. Furthermore, beyond the human qualities and family legacy of community service, he is by far THE MOST knowledgable and experienced candidate in this race.  Carlos is the only one who has experience with legislation and budget and has worked in previously City Council.  District 7 is the district in most need of services and for far too long our elected representative in City Hall has not delivered. We need someone who knows the job, knows the issues AND has action based tangible plans, has the relationships already and is not starting from scratch. Carlos has an actual documented track record of service. I said many years ago in a rap I made promoting the then election:
“When the situation bleakest, we need strong leaders and in a suit or sneakers that is Carlos Henriquez”
I stand by that today. I strongly endorse Carlos Henriquez for Boston City Council District 7 and encourage you to VOTE on TUESDAY SEPT. 26th.