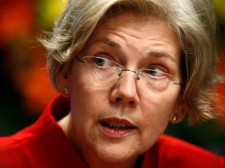 Former Boston Mayor and former US Ambassador to the Vatican, Ray Flynn recently went against Democratic masses in choosing to endorse Sen. Scott Brown over Democratic candidate Elizabeth Warren in a closely watched and heated campaign. In the video Flynn describes Brown as “someone you can work with” and “someone you can trust” of course, insinuating that Warren is not. Flynn’s endorsement was a shock to many in Boston’s political community and an indication that Warren is in for a tough battle against the republican incumbent.

Read the story here from the LA Times
http://articles.latimes.com/2012/jul/26/news/la-pn-bloomberg-backs-scott-brown-in-massachusetts-senate-race-20120726