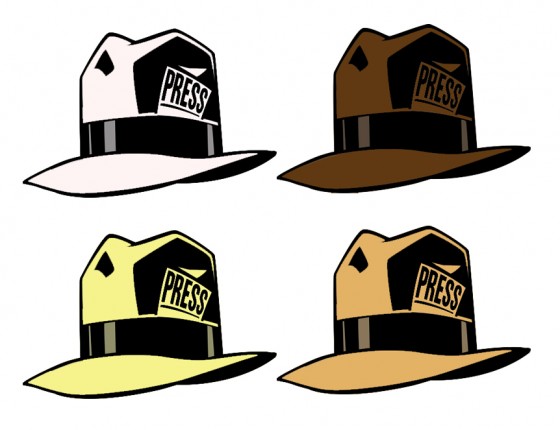 Boston is a two-paper town. Granted there are alot of of local newspapers that cater to specific communities (Banner, JP/Mission Hill Gazette, Dot Reporter, La Semana, etc.) and we also have more than a healthy dose of alternative news and a gazillion blogs. Despite the availabilty of plenty of other sources for news the papers of record in this town are the Boston Herald and the Boston Globe.  I have often explained it like this: The Boston Herald is the paper that a real life Archie Bunker would read religiously, while the Boston Globe is read by those who  may often “summer” on Nantucket. In other words the Herald is the more low brow and the Globe is supposed to be the paper of the thinking man, who is a bit more liberal and progressive. It’s Bud beer in a can versus a white wine spritzer.

When discussing issues of diversity in this city, the Globe has often taken the position as the voice of reason finding a moral high ground to often expose some of the most heinous examples of discrimination and glaring racial disparities in our state.  The Globe has reported on diversity in the Boston Police Department, Boston Fire Department, Boston Public Schools, fields of candidates for political office and more.  Here at the Blackstonian, we have done our own reports, info-graphics and data visualizations on diversity of City of Boston employees and the Boston Police Department.  In our work of “journ-activism” we spend a fair amount of time researching and often we use the Globe as a trusted source.  As we were focusing on diversity we began to notice that the Globe seemed to have some of the same problems we observed in other Boston institutions.

Here we take a look at diversity in the Boston Globe.  Why just single out the Globe? That’s not fair. Well, to be honest we really dont expect much in the way of diversity from the Herald, we assume that their work culture is probably in tune with the sentiments expressed by many of their columnists and echoed by their lovely commenters.  This look at diversity within the Boston Globe is just a quick glance to ask the question in this so-called “New Boston” which is now 55% people of color, where do people of color actually fit in? Are people of color a significant part of the iconic institutions of Boston. By my observations it seems to be that people of color, particularly Black people, are ceremoniously and conveniently kept outside of the loop.

1. Take a look at the Boston Globe’s staff listing
If you look here you will see that department by department, the Globe much like other entities in Boston is not anywhere near being reflective of the population of this city.

2. Another section of the Boston Globe is its “Community Voices; Boston points of view on a variety of topics.”
This section features a number of blogs, some of which are generic blogs based on topics like jobs, business etc. and then there are what I will call individual blogs. The blogs are featured with a photo of the author, many of whom are prominent local figures and experts in their fields such as Carol Rose Executive Director of the ACLU Massachusetts and Prof. James Alan Fox famed criminologist from Northeastern University.  When I originally began looking at this there were 32 individual blogs and only 2 of them were African-Americans. One was Francie Latour, a 12 yr employee of the Globe and the second was Paul Pierce and let’s just say we are sure he wasn’t writing his own pieces.  In preparation for this piece, I noticed an all new group of individual blogs and this time both Francie Latour and Paul Pierce were gone and currently there is only one African-American voice in “Community Voices.”  That blog is titled Expertly Engaged and written by Boston native Angel Babbitt of The Bridal BFF.

3. The Globe also keeps a listing of hundreds of blogs throughout New England called “The New England Blog Network; a collection of your blogs around the region.”
In this listing I see a sore lack of any blogs of note pertaining to issues of or produced by people of color. The listing alone is just another example of how it seems people of color are just omitted altogether, despite the fact that some of the most popular blogs in Boston and New England are owned, operated or geared to people of color. Don’t want to toot our own horn but the Blackstonian is syndicated to outlets like Reuters and Lexis Nexis which I don’t know could be said for most “blogs,” toot, toot.

4. The Boston Globe launched an inventive network of neighborhood specific information feeds called “Your Town; The news, events, and people of your neighborhood”
The Globe created their YourTown sections for each Boston neighborhood, even some suburban locations and college campuses, I remember when it launched how interesting I found it. For my specific community I look at the YourTown Roxbury page and there is local news, twitter feeds from local tweeters (Blackstonian included) and then there are links to outside blogs. They have labeled this section Roxbury Voices and it features 4 local blogs for Roxbury, only one of which is African-American.

All of this tells me that there is no rhyme or reason, no real care for the pulse of whatever community these pages are supposed to be representative of. Surely there is more than one Black voice in Roxbury and just per chance maybe, just maybe there are dozens of other voices and blogs from Black, Latino, Cape Verdean, Asian and the myriad of cultures and people that make up this so-called “New Boston.”

Overall, all of these observations are just further confirmation of the exclusion and marginalization of non-white people in all levels of this city. From city government to law enforcement to education to media, it seems that no matter what we examine we will find that people of color are still not represented proportionately to their Caucasian counterparts. In spite of the talk of a “New Boston” or “One Boston” or “Boston Strong” what we see time and time again is that these institutions are not reflective of the diversity of the population.

I hope that the Boston Globe can once again find the moral high ground  and quickly rectify its lack of inclusion of diverse voices. In the future we can only hope that they do better and the Blackstonian would be willing to help in that process.