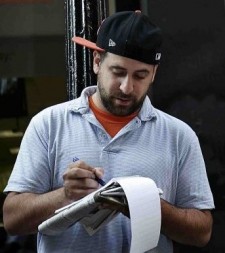 It’s both sad and typical that candidates with fat pockets are always considered frontrunners, both in the current sprint for Boston City Hall and in any other race. More often than not, those sitting on the tallest money piles are the most likely to do damage in the name of despicable private interests, from major mortgage lenders, to polluters and defense contractors. Take, for example, virtually every Republican in the House of Representatives, not to mention an alarming number of Democrats. – See more at: http://jamaicaplaingazette.com/2013/06/12/look-whos-filling-the-mayoral-campaign-war-chests/#sthash.qHeJxXhD.dpuf

Chris Faraone is a former Boston Phoenix reporter and author of “99 Nights with the 99 Percent” and the upcoming “I Killed Breitbart” (ow.ly/lY9gS). He lives in Jamaica Plain.

0 0 0 0
Previous : Shooting in Dorchester Raises total to 56 since Boston Marathon
Next : #MattapanStrong: United Sisters of Color Run for Mery Daniel!