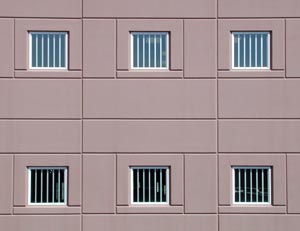 Nearly 40 immigrants detained by Immigrations and Customs Enforcement (ICE) at the Suffolk County House of Corrections in Boston are now in negotiations to address substandard and unsanitary prison conditions.  They presented a letter to corrections officials with a list of demands on Tuesday, September 24, stating that if their demands were not met they would call a hunger strike. The strikers demands include:

Click here for the full text of the press release.

Suffolk County House of Corrections has responded to the detainees, but it is not clear if changes are in progress or that the demands will be met.

The Immigrant & Detainee Solidarity Coalition (Resist the Raids, Student Immigrant Movement, Brazilian Immigrant Center, Massachusetts Jobs with Justice, MataHari Eye of the Day and Boston New Sanctuary Movement) is holding a press conference at 9:00AM today outside the Suffolk County House of Correction, in solidarity with the detainees.

There will also be a prayer vigil and rally outside Suffolk at 20 Bradston St. this (Thursday, Sept. 26) evening from5:00-7:00 PM to support the detainees’ negotiations.

The immigrants and detainees at Suffolk are prepared to initiate a hunger strike if needed.  They were inspired by the Boston New Sanctuary Movement vigils, “Not One More” National Week of Fasting and Action, and other events held in the past.  In continued solidarity, BNSM and its’ partners will hold its’ fall vigil outside Suffolk County House of Correction on Sunday, September 29 at 2:00 PM.  We have held vigils outside Suffolk for the last five years to call for immigration reform and to end the detention of immigrants.

Your attendance at one or both of these vigils will show these courageous detainees that there are people who admire and support them.