Ranked-choice voting would protect us from crowded-field chaos 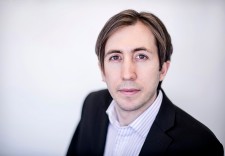 In an age when powerful incumbents routinely thwart new challengers, draping our civic life in a drab backdrop of electoral monotony, the twelve-candidate potpourri vying for the mayorship aims to give a breath of fresh air to perk up the populace and jump-start our democracy.  Instead, voters are gasping, choking with choices, cautiously checking the latest poll numbers, their itchy palms less than eager to lift that pencil, scratch that oval, and pray their choice makes it into the top-two showdown in November.

Why are voters nervous?  Because a one-choice limit in such a crowded race is practically a crapshoot.  And it requires some extraordinary calculations to make that vote count.  Just look at the polls.  The latest one from WBUR/MassInc shows that only three candidates have even cracked the 10-percent mark.  Ten of the twelve candidates will lose this preliminary election.  Vote for anyone but a front-runner and, well, you’re most likely throwing your vote away.  Many voters instinctively know this grim reality, and to cope, they follow a time-honored strategy: Don’t vote for the candidate you want to win.  Vote for the candidate you think can win.  As a result, voting is less honest, and more strategic.

Community leaders representing various Boston constituencies are well-attuned to this problem, and sometimes seek unsavory relief.  African-American pastors in Roxbury, for instance, have made attempts to consolidate support under the best-polling candidate of color — Charlotte Golar Richie — by asking other minority candidates to drop out of the race.  As a result, Globe columnist Derrick Jackson cried foul, calling on leaders to embrace the competition and “let democracy happen.”  Principled though he may be, Jackson must sympathize with their dilemma: the more candidates in the race that resonate similarly with their voting bloc, the weaker that voting bloc actually becomes as votes diffuse among multiple contenders, each of whom end up with limp, single-digit vote percentages.  As a result, the hopeful energy that propelled so many minority candidates into the race could prove to be their very undoing, all thanks to that perennial scourge we call vote-splitting.

How did voting become such a mind-bender, and even heart-wrencher?  Why should a profoundly abundant palette of choice bring consternation, rather than celebration?  If we believe in democracy, we should allow every voter to pick their honest favorite, and encourage every candidate to gloriously blaze the campaign trail right up to Election Day.  Unfortunately, we can’t do either with our outmoded “plurality” voting system, which transforms competitive elections into cesspools of vote-splitting and low-vote-count thresholds of victory.  The havoc unleashed by this election should convince city officials that the time has come to upgrade our voting system.  We should consider ranked-choice voting.

Ranked-choice voting is a system perfectly suited for a crowded election.  It uses a smart ballot which allows voters to rank their candidates by preference — 1, 2, 3, and so on.  A winner is determined by conducting a series of instant runoffs starting with voters’ designated #1 choice.  If one candidate receives at least fifty-percent of these first-choice votes, they are declared the winner.  If no candidate reaches this threshold, then the lowest-vote candidate is eliminated, and their votes are transferred to those voters’ #2 choices, adding more to remaining candidates’ totals.  Eliminations and vote transfers continue until a candidate reaches that 50-percent vote and receives, in effect, a majority mandate from voters.

In a crowded field like the Boston mayoral, a voter can rank an entire slate of candidates to ensure that, if their honest favorite gets eliminated, their vote would transfer to their next pick in a series of backup choices.  Candidates benefit too.  Since voters are free to spread support among multiple contenders, vote-splitting becomes moot as similar candidates accumulate rather than divide support from a common voting bloc.  For example, a self-identified Irish voter could safely vote for Conley first, Walsh second, and Connolly third.  If Conley gets eliminated due to a poor vote count, the vote would transfer to Walsh.  If Walsh gets eliminated, the vote moves to Connolly.  Blacks, Latinos, and other constituencies would receive the same benefit among their favorite candidate groups.

If you haven’t heard of ranked-choice voting and you think it must be some kind of MIT experiment, think again.  Ranked-choice voting is field-tested and voter-approved.  It is used to elect the mayor and city council in prominent cities like Portland, Maine; Minneapolis and St. Paul, Minnesota; Oakland, San Leandro, and San Francisco, California; and even nearby Cambridge.  It is used for federal elections in Australia, Ireland, and India, and at over 40 U.S. universities to elect student government offices.  Shouldn’t Boston — birthplace of democracy and emerging center of innovation — consider adopting the best in innovative democracy?

After decades of historical struggle, our city’s politics are blazing new trails of 21st-century hope and change.  We can either upgrade our democratic infrastructure accordingly, or drown in the chaos of an outmoded voting system.

Adam Friedman is a board member of voting-rights group MassVOTE
and the creator of Election Stats which is now in use on MA Sec. of State website