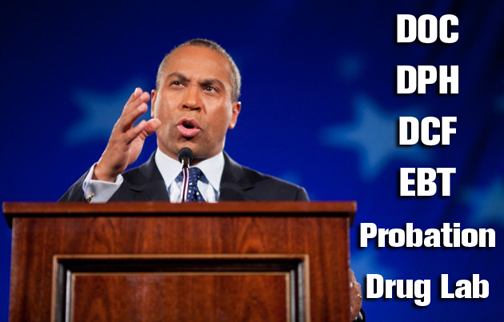 There has always been speculation about Gov. Deval Patrick’s Presidential aspirations.  Recently, the Governor fueled speculation by declaring to press that he “would not rule out” a run for the White House.  Gov. Deval Patrick is viewed as a political star in many circles and certainly has the poise and charisma to mount a very formidable national campaign.  There are however some hurdles in the way.

Some of the satirical media sources are already picking up on the fact that the odds against two Black Presidents in a short span of time are very high. Call it black burn out if you like, but after President Obama many Americans will adopt the attitude of “we already had one” which would work against Patrick, particularly because of his close relationship and similarities with President Obama. Patrick does have history on his side being only the 2nd Black Governor in United States History.

For those of us in Massachusetts we have a much more intimate relationship with our Governor and more information to base our opinions on.  The main problem for Deval Patrick as a Presidential candidate will undoubtedly be his record as Governor.  The Patrick Administration has been particularly scandal ridden and opponents of Patrick will seize on those scandals relentlessly.

Here are the more memorable ones:

0 0 0 0
Previous : These apps get the message — and then erase it
Next : Woman Claims She Was Stalked, Propositioned By Boston Police Officer