55 killings by cops in decade, no indictments
Critics call for impartial DAs, others say no issue 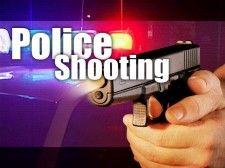 More than 50 civilians have been killed by Bay State cops during the past decade, roughly half of them in
Middlesex, Suffolk and Essex counties — but none resulted in an indictment of a police officer, a Herald
review found.
The review of district attorney records found a wide variety of fatal incidents involving police, some higherprofile
than others:
• On March 23, 2012, William Ekasala was shot dead by Malden police officers after he robbed Saugus Bank,
carjacked three separate cars that contained six civilians, including an infant, and opened fire on police;
• On Nov. 21, 2007, Marquis Barker was shot and killed by Boston police officers after he threatened to kill
himself, assaulted family members and pointed a firearm at cops after he crashed a BPD cruiser he stole. Barker was wielding a pellet gun designed to resemble a Sig Sauer handgun; and,
•  On July 22, 2012, Lynn police officers killed Brandon Payne during an armed home invasion prompted by a federal investigation. When officers attempted to apprehend Payne, he threw his vehicle in reverse and was shot by officers who “were trying to protect themselves and others,” according to Essex District Attorney Jonathan W. Blodgett’s office.

Critics say the discrepancy is due to the cozy relationship between prosecutors and cops, while others believe the system is working just fine.

Since Jan. 1, 2005, 55 civilians have been killed by officers in cases where the medical examiner ruled the death a homicide. Some cases — like the controversial death of Framingham grandfather Eurie Stamps, who was killed by a SWAT team member in 2013 — are not included in the data because the death was labeled an accident instead of a homicide.