According to an article in the Boston Globe and research done at Brandeis University and Ohio State University, “Nearly 6 in 10 Hispanic and African-American children live in neighborhoods with very low opportunity levels.” 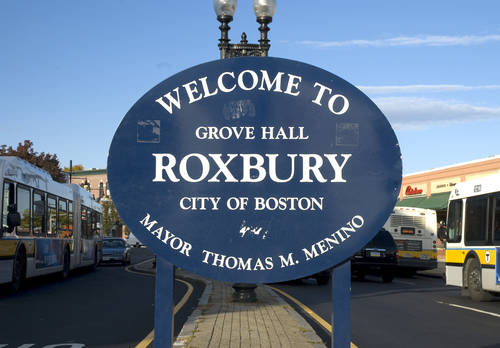 Boston has the highest percentage of Hispanic children living in very low opportunity neighborhoods of any US metropolitan area, researchers at Brandeis University and Ohio State University found. The area ranked sixth-worst in neighborhood opportunity for African-American children.

Nearly six in 10 African-American and Hispanic children in the Boston metropolitan area lived in neighborhoods with very low access to healthy development resources, such as access to health care or a licensed preschool, in 2010.

By contrast, fewer than 1 in 10 white children lived in this type of neighborhood, ranking Boston 41st of the studied 71 metros.

Opportunity levels for Hispanic and African-American children in the Boston area are akin to Milwaukee and Youngstown, Ohio, metros where higher percentages of children live in poverty, the data showed.

“We’re not a resource poor city,” said Renée Boynton-Jarrett, a pediatrician at Boston Medical Center who uses the data in her medical practice. “We are a city with a lot of enrichment resources and afterschool programs, but we also have very stark inequities in how they are distributed. It drives the question of whether the programs are working.”

The child opportunity index was created to measure the resources and conditions present in neighborhoods around the country and how those factors affect children. The index incorporates 19 indicators of health for children, from poverty rates to public school enrollment to access to healthy food.

Pairing the child opportunity data with patient records, Boynton-Jarrett determined that the greater the cluster of these low opportunity neighborhoods, the higher the risks of obesity and high blood pressure for the children living in those communities.

“One thing we know is that child development doesn’t occur in isolation,” said Boynton-Jarrett. “It actually occurs within your social and environmental context. Living in a neighborhood that lacks opportunity comes at a cost for a child.”

That study also highlighted the health opportunity disparities between African-American and Hispanic and white children. Children of color, the study found, use community assets like playgrounds at lower rates. They have increased exposure to trauma and violence. They are more likely to have changed their residence more than twice in their lifetimes. All of these factors are determinants of health in children, said Nguyen.

To do so, the Boston Public Health Commission has worked to combat obesity and its increased prevalence among African-American and Hispanic residents at a very local level by partnering with neighborhood coalitions and community organizations.

After noticing that the city’s waste container lots and junk yards were concentrated in communities of color, the commission increased the regulation on these lots to prevent any environmental health consequences for their surrounding neighborhoods, said Nguyen.

“There are many interacting factors that are the determinants of health and wellness,” said Nguyen. “Even beyond that, access to a fulfilling life.”

Income plays a role in the likelihood that a child will grow up in a low opportunity neighborhood, the Brandeis and Ohio State data showed.

“We see that black and Latino kids in poor families are much more likely to be living in low opportunity neighborhoods,” said Dolores Acevedo-Garcia, lead researcher at the Heller School for Social Policy and Management at Brandeis University. “But the full story is not just about family income.”

A determining factor in child opportunity is neighborhood segregation, Acevedo-Garcia said. Even within the city of Boston, there are dramatic differences between the opportunity rankings for difference areas, sometimes separated only by a matter of blocks. For both African-American and Hispanic children, growing up in a highly segregated community often correlates with lower opportunity, she said.

And for these children, Boston is one of the most segregated metros in the county. About 72 percent of African-American children and 66 percent of Hispanic children would need to relocate to another neighborhood for their current home to reflect the racial makeup of the larger metro area.

“It’s not that these inequities don’t exist in other metros, but one of the places that they are the most dramatic is Boston,” said Acevedo-Garcia.

Areas with low opportunity scores are peppered throughout the larger Boston metro area, concentrated in the city of Boston, but also in smaller urban communities like Chelsea, Lawrence, and Brockton. Many of these communities are densely populated with African-American and Hispanic children.

Having widespread low opportunity neighborhoods can make addressing this problem tougher, said Erin Hardy, researcher on the project. Urban cores are often equipped with more programs and nonprofit organizations that address these systemic issues while smaller communities have fewer resources.