SPINNING OUT OF CONTROL 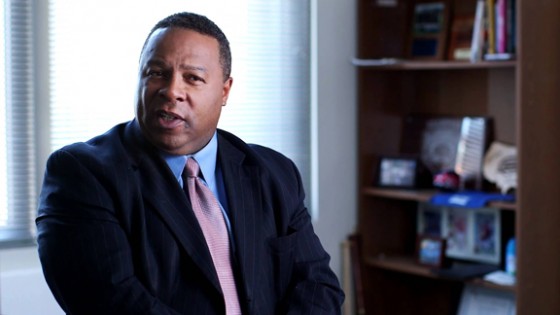 Wednesday night, August 12, was an especially violent night in Boston with several shot, four dead. In the Roxbury neighborhood of Boston, Angel Oller was one of two men gunned down on Ernst Street, just yards from Dimock Community Health Center and minutes away from the BASE program on Westminister St. where Oller was one of the many kids involved there.

By all accounts Oller’s death hit hard, his friends, family and BASE program participants gathered the next day to mourn him. The photos are heartbreaking. It’s always hard watching our children and young people mourn death. Unnatural. Almost immediately, the story of Oller’s life was playing out on print and television, the young man who loved baseball, soft heart- tough exterior, good kid. BASE CEO, Robert Lewis, stood front and center, telling the story of Angel Oller, lifting him up as an example of what BASE can do when its programs are funded.

Oller was buried Monday morning August 17 and remembered at a memorial service held that same day at the Mass. Department of Conservation and Recreation (DCR) Melnea Cass Facility on Martin Luther King Blvd. in Roxbury. Sometime toward the end of the service, gunfire broke out and though witness accounts vary as to how many, it appears that somewhere between 10-20 shots were fired in front of the building. Interviewed by the media immediately after the perimeter of the building was cleared, Lewis made statements suggesting that some random individuals pulled up in a car and started shooting on a group of mourners.

It became quite clear almost immediately after the dust cleared that this was hardly a random incident. Serious questions were raised beginning earlier in the day when the group from BASE showed up at the Cass to set up for the memorial service. Lewis had no required permit, no required liability insurance, made no arrangements for required security and paid no required usage fee. In fact, there is a tennis camp permitted for the field house space for the summer, consisting of approximately 30 children between the ages of 7-12 years old. The children were very unceremoniously thrown out of the field house Monday morning and relegated to play in the Cass Lobby because they wouldn’t be quiet during the memorial service.

Sometime around 1:00 p.m. Mr. Lewis came into the lobby and informed all within earshot that he had use of the total building and the pool. He stated that, by right, he could shut the whole complex down but because it was so hot outside he “as a courtesy” would not shut the pool down but the children had to leave the building because Oller’s mother was due to arrive soon. After some back and forth, the camp children were escorted out of the building shortly after 2:00 p.m. Shortly after they were escorted out of the building, the first fight broke out among the crowd in the Field House. The fight was broken up but witnesses reported words uttered that would suggest that not all the attendees in the Field House were there to mourn Angel Oller. The Cass Director and Senior Camp Counselor conferred and decided to move the camp children, who had been sitting at two picnic tables out in front of the building, to the tennis courts about 500 yards up the street.

Shortly after the fight was broken up inside and several of the attendees moved out to the front of the building where another fight broke out shortly after the children were moved away from that very spot to the tennis courts. It was during that second fight that guns were drawn and shots were fired. Panic ensued, and many ran to re-enter the building, running from bullets being fired. Every attendee, Cass staff, junior and senior counselors sitting on the picnic tables and residents walking down the street were in the line of fire. Miraculously, no one was hit. The front of the newly renovated building, however, has at least four bullet holes to serve as a reminder of what transpired on that day.

Every attendee, Cass staff, junior and senior counselors sitting on the picnic tables and residents walking down the street were in the line of fire. Miraculously, no one was hit.

Some things we know for sure. Despite the fact that the Cass is a state-owned building where the Mass. State Police have jurisdiction, they were never notified of the plan to hold the memorial service in the Cass. We know that the comments from law enforcement right after the murder of Oller stated it was gang involved. We know that there have been no arrests to date for his murder. We also know that Oller’s aunt, a BPD officer, is on video receiving a gun from a young man in the aftermath of the shooting at the Cass. Really weakens the suggestion that the bad actors all set upon the Cass in a random act.

What we don’t know is how any rational, responsible adult could have concluded that the Cass was an appropriate site to hold a memorial service, in a building with little children, without security, for a victim of a gang involved murder. Only Mr. Lewis knows but he’s not talking. However, every police officer, street worker, street wise person, all agree, the decision defied logic.

Minutes before the 10-20 shots were fired in front of the building, we know that some 30 7-12 year olds were sitting at the picnic tables before they were moved to the tennis courts. We know that minutes after arriving at the courts to hit balls, those children were lying face down on the courts as they were told to do upon hearing the gun fire. The danger averted for these children is real and it started early that morning long before the gunfire erupted when the BASE program walked in the door and took over the building. The children have been provided trauma counseling by the camp. Many apologies have been extended but not a word from Mr. Lewis.

We know that minutes after arriving at the courts to hit balls, those children were lying face down on the courts as they were told to do upon hearing the gun fire.

I feel strongly that it is wrong to demonize shooting victims believed to have been involved or associated with gang activity. But I also know that we do a huge disservice to the living by spinning and weaving stories to lionize these same victims. That spinning led to a number of very, very bad decisions which included the decision to hold such a service in a public building that was hosting a tennis camp for little children and the decision not to notify security which almost led to unconscionable bloodshed on that Monday afternoon, spared only by the grace of God.

Actually, even worse, think about what very well might have occurred had the protocol been followed and the state police been notified. They would not likely have had as poor aim as the young shooters who fired in front of that building. We could very easily have been dealing with at least two fatalities who would have died at the hands of the Mass. State Police. I can only imagine in this tense environment where nerves are raw and some are just waiting for Baltimore East, the protests that would surely have ensued had the State Police shot the shooters.

Days later on Saturday, August 22, the Friends of the Cass, Inc. hosted a family day for some 400 neighborhood children. On site to present awards to these children to recognize the day’s athletic accomplishments were Gov. Charlie Baker and an unprecedented four (4) former Olympians including John Carlos, 68′, Leon Coleman, 68′, Calvin Davis, 96′ and Erik Vendht, 00′. However, unlike the swarm of every local print and television media who had been there days before to report on the shootings, only a few returned on Saturday. No surprise. After all, why would anyone want to hear good news about Roxbury?

(Dianne Wilkerson is a former State Senator and currently serves as President of The Friends of the Melnea Cass Facility, Inc.)