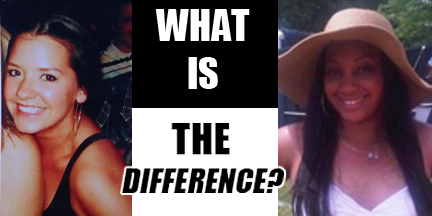 BPD’s Re-Opening of Case Re-Opens Can of Worms

First off let us clearly state. We are happy that the BPD has released new photos and announced renewed efforts to solve the 8/12/12 shooting on Harlem St. that left 3 young women dead and 1 critically injured. However we are concerned that this level of attention and intensity has not been consistent daily since the case occurred. This may be a case of “too little, too late” In law enforcement they become “cold cases” which is a testimony to the fact that generally speaking if a suspect or suspects are not apprehended or at least identified within the immediate time after the incident that as days, weeks and months go on the chances become slimmer and the trail grows colder.

The Homicide clearance rate has been under fire for some years in Boston, with the BPD and DA’s office pulling in some of the lowest rates in the US.

This recent announcement from the BPD comes right on time for the somber 1 year anniversary of the tragic event. It also happens to be in the middle of a Mayoral Campaign, where Suffolk County DA Dan Conley is running as the “Law & Order” candidate touting his “success” and it also comes after a long week of tough criticisms of both DA Dan Conley (aka Dirty Dan) and BPD Commissioner Ed Davis from media and community alike. Coincidence? You be the judge.

Here in the Blackstonian we have been covering the number of shootings that have occurred since the Boston Marathon.  We have done so in an effort to highlight the disparities in responses to violence and the societal devaluation of the lives of Black & Brown people.  When we were at the 95 count the tragic slaying of Amy Lord occurred and provided us with another clear cut example of the way that crimes and violence are handled dependent on the race of the victim and where the incident occurred.  In the case of Lord almost immediately a Black Detective was demoted without due process for “Dropping the Ball” and “Not Following Through.”

Our question is how many balls have been dropped and lacked follow through in the cases of shootings and murders that are all too routine in my communities of Roxbury, Dorchester, Mattapan and South End? Right now many people have so little faith in the BPD and DA’s office that they have said if Aaron Hernandez would have killed Odin Lloyd in Roxbury on Fayston St. he would right now be playing football in a Patriots uniform instead of currently being in an orange jumpsuit.

It is our belief that this recent announcement of the renewal in the efforts to solve the Harlem St. triple murder and shooting are disingenuous.  To us it is a thinly veiled ploy to  generate good will and stave off criticisms. Unfortunately for them, they are a year late and a dollar short.  Clearly, this is part of a poorly conceived PR campaign used as a transparent attempt to save face in the aftermath of hard hitting critiques of the performance of Conley and Davis.

The tragedies of the Boston Marathon bombing and the slaying of Amy Lord are just that, tragedies. Sad, unfortunate events carried out by sick & twisted individuals.   Shouldn’t the most help go to where it is needed the most? Don’t our collected thousands of shooting over the years deserve and demand the same respect and response to what are isolated random and sparse incidents?

I’m afraid we may never get any straight answers or sincere efforts from the current players. It seems that Boston is more concerned with saving face than with saving lives.  Be aware that if you are dissatisfied with the way things are currently done in Boston, this election is our chance to make our voices heard, bring our issues to the forefront and make informed decisions with our vote that  seek to solve the problem rather than continue or exacerbate it.

0 0 0 0
Previous : Gun Battle Leaves 2 Police Shot, 1 Suspect Dead; Manhunt for Other Suspect Shuts Down Dorchester
Next : Quote of the Day