It is being widely reported that Jared Remy, while on trial for killing his girlfiend happened to expose a neo-nazi tattoo on his hand. The tattoo of the number “88” is a code to symbolize “HH” for “Heil Hitler” with H being the 8th letter of the alphabet.  The media is speculating that he has taken that tattoo out of fear and for protection on the inside, which seems to soften the blow that he may actually harbor those sentiments. 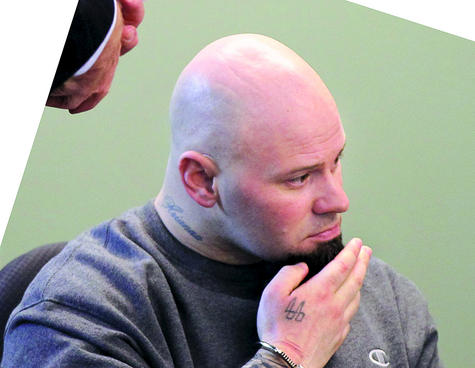 0 0 0 0
Previous : Neo-Nazi, Skinhead Styled White Supremacy Is Alive & Well In Massa-chusetts
Next : Quote of the Day