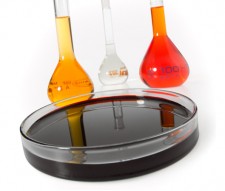 Currently, Boston School Police are requesting that they be granted the ability to carry Pepper Spray or Oleoresin capsicum (OC).  School officers point to school shootings, most recently in Sandy Hook, Connecticut, as a reason they “need” pepper spray.  The logic seems to be that School Police, if faced with a automatic weapon wielding crazed teen, want to combat that with pepper spray.  Be aware that this request will be one more step towards more lethal weapons in the hands of school officers.  Incremental moves like this always lead somewhere. While right now they are using the weak 2 year old anomaly of Sandy Hook hundreds of miles away to justify pepper spray, we will be here again in a few years listening to them justify the need for tazers, guns, body armor or whatever other gadget is all the rage.  The stage has already been set by highlighting the number of knives and guns confiscated by Boston School Police.

In a Boston Herald article a few points of note came to light:

“Over the last several years we’ve taken 300 knives and several guns,” Sgt. Bill Kelley, chief of school police, said. “Times have changed with school shootings. We can save lives if we have pepper spray.”

“We don’t want guns or batons, we just want to carry pepper spray,” Kelley said, adding school officers could use the spray if someone with a gun “reloaded,” giving them the opening to subdue them.

0 0 0 0
Previous : Josh Wall Confirmation Hearing Audio
Next : Have A Say At What Happens With Dearborn School