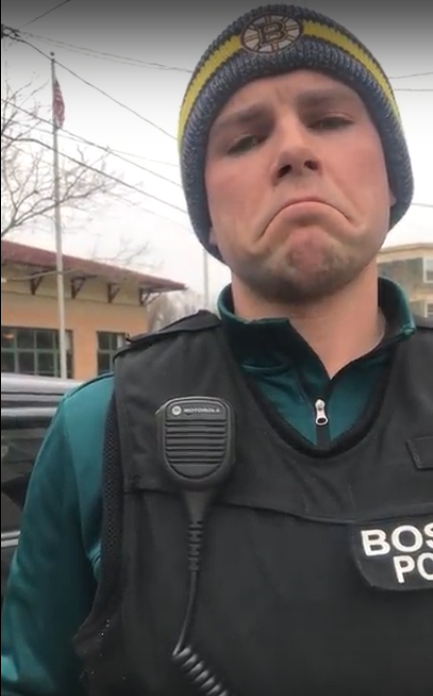 Crossen The Lines: The Problem With Officers Like Crossen

Officer Crossen cracked the case wide open. He has exposed and laid bare for everyone to see what all of us socially and racially justice-minded folks have been screaming from the rooftops for decades. Here, there exists a pattern and a problem that permeates the entire Boston Police Department and Officer Crossen just gave us a prime real-time example.

The irony and tragedy of this situation is that Crossen has been used by the department previously to promote its standard canned line touting community policing and community relationships while dismissing community testimonies to the contrary. There exists an underbelly of racism and antagonism, provocation, taunting, contempt and disdain which is shown in full display from some cops towards the very citizenry they are duty sworn to protect and serve.

Why does an officer end up in a verbal pissing contest hurling insults and insinuations with a young man after an improper unwarranted stop? Questions and suggestions of unemployment, grooming habits, destination, time of day, ownership of personal property are all too reminiscent of slave codes and for Black men to have to “produce papers.” While the entire interaction was both unavoidable and unfortunate, it is also far more common than the City of Boston or the BPD would like to admit. We have also learned that Crossen even gives a fake badge number of “1606” in the video, a common practice by some cops to deceive citizens, his actual badge number is “1679.”

Officer Crossen had been used frequently by the BPD in all sorts of their community and public relations campaigns. He was the guy they often sent in with the ice cream truck or to the homeless shelters. Real tug at your heartstrings type of stuff. 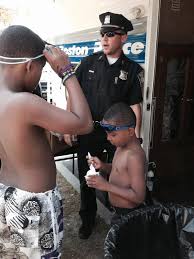 Off. Crossen handing out ice cream on Melnea Cass. From BPD News 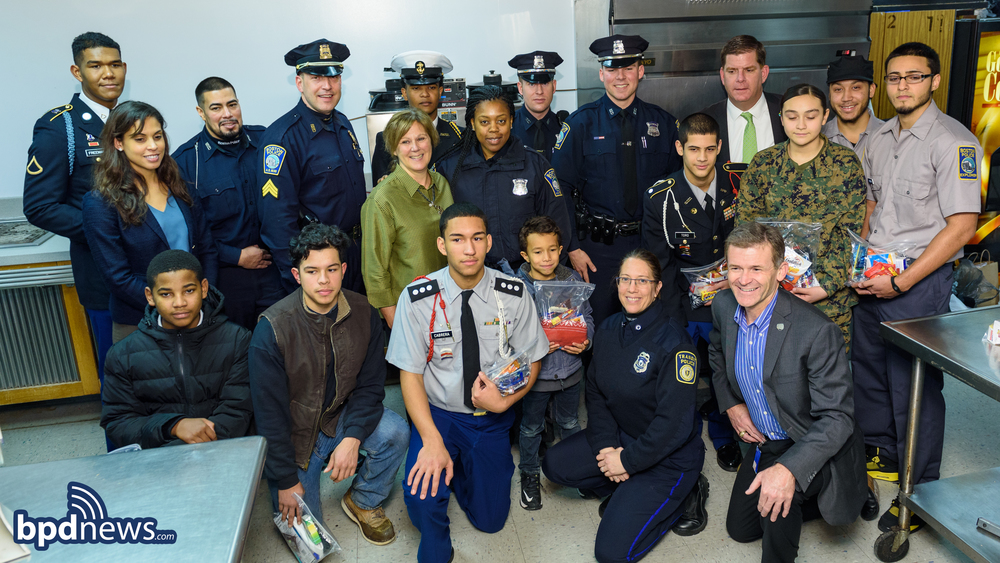 Off. Crossen delivering bags to homeless shelter. From BPD News

Crossen also worked extensively with Teen Empowerment’s program “Police Youth Community Dialogues.”
“TE won a 2016 Collaborate Boston award from The Boston Foundation for our work with the Boston Police Department to build trusting relationships between youth and police.” from TE website.
The Teen Empowerment model of youth and police interaction has been reported to me from youth in the community as very one-sided and seems to focus and encourage youth to comply with police without questioning any police practices.

Crossen was prominently featured in one of Teen Empowerment’s best media moments playing “Officer Friendly” with the local youth. If you cannot view the video below, CLICK HERE) 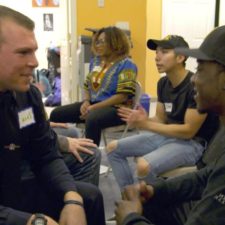 Officer Crossen’s public persona portrays a real swell guy and that deception is the problem. At any given moment or chance opportunity, too many officers can switch from a normal and rational person to unleashing all their implicit biases, fears and racial venom in a flash. Crossen is a young man, not a throwback to the officers of old. These attitudes and us vs. them mentality is a learned behavior and for too long has functioned as a sub-culture of the Boston Police Department. Right under the surface, hiding in plain sight, Crossen apparently harbors some dangerous attitudes and preconceived notions. However, on the surface, Crossen appears to be a good cop, a recently-married family man and seems the picture of the all-american officer.  (We blurred faces in order to protect the innocent.)

UPDATE NOTE 3/7/2018: The Boston Police Department and officers have had such a problem with the photos of Officer Crossen and his wife, (despite the fact that I DID NOT REVEAL her identity and that I did BLUR HER FACE)  I have decided as an act of good faith to further redact the photos to COMPLETELY REMOVE any image of the wife. My initial decision to not show her or use her name was of course because it is not fair and she is not a public servant and is in no way guilty of or responsible for anything. If this caused her any trauma or discomfort I apologize, it was not my intent and I was conscious of that when I initially blurred her face and did not use her name. I will re-state here “However, on the surface, Crossen appears to be a good cop, a recently-married family man and seems the picture of the all-american officer.  (We blurred faces in order to protect the innocent.)”

So now hopefully, we can get back to the main point, but somehow my guess is even despite my act of good faith, the ramped up rhetoric will continue and not from this side. Additionally, I have been told that Officer’s wives should not be made public. However, the BPD and the Globe do this routinely, I wonder if they are subject to the same scrutiny.
https://www.bostonglobe.com/metro/2018/03/02/boston-police-spokesman-moving-investigative-unit/cxJ3P07CmoAg4ChGmGfYqK/story.html 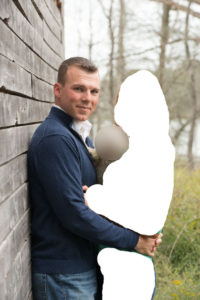 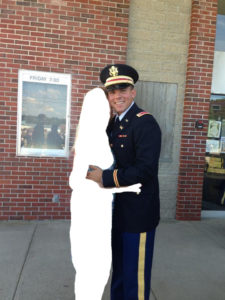 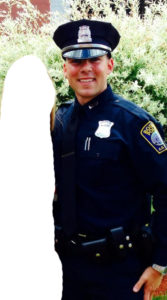 As the kids say “Why you mad bro?” What is all the undeserved angst and animosity between some officers on patrol or the gang unit who view Black & Brown men as the enemy? Our community is often treated like an occupied zone and papers are required to be produced on demand for transit. How do we go from this false image of a community serving, do-gooder officer to the completely arrogant, aggressive, provocative jerk we all saw in the video? We cannot simply chalk this up as a bad day or one isolated incident, this is a live example which evidences a well-documented and long-standing pattern. Now is not the time for the usual responses of denial, defensiveness and dismissal. Now is the time to proceed with transparency and accountability and root out the problem from the Boston Police Department once and for all.