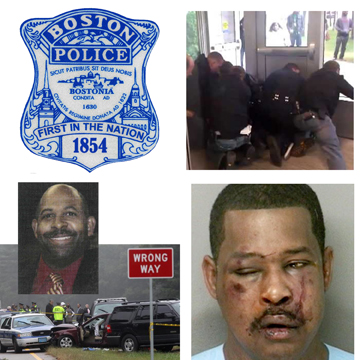 The Boston Police department in its latest routine round of awarding officers for “outstanding performance” of their duties during the past year has named among its many recipients 3 officers in particular who were involved in some of the departments most highly publicized and controversial cases, all of which include elements of race and police brutality and use of excessive and/or deadly force.

These awards send a message of disregard and disrespect to the Black Community. Remember the outrage after the tragedy of DJ Henry when Officer Aaron Hess was awarded Officer of the Year by the Pleasantville Police Dept??? Here in Boston, these 3 separate cases are all hot buttons and the BPD is well aware of the message that these awards send to a community in constant struggle with its Police Department. Shame on the BPD, you dont have to be a detective to know this is not a good look.

Editor’s Note: We contacted BPD top brass and the official position of the BPD is that they stand by each of these officers and have their own reasoning and logic by which these officers are all worthy and deserving of these awards. The BPD noted that in the cases in question that these officers were all exonerated after an investigation by both internal affairs and Suffolk County DA Dan Conley. The BPD also stated that in the case of at least one of the officers they were disciplined for filing a false report and that no further punishment was needed and since then there have been no further incidents. The position of the Blackstonian which we expressed to the BPD is that the fact that these Officers were exonerated is only indicative of the problem, bearing in mind that 99% of officers are exonerated which is part of our contention that internal affairs and the Suffolk County DA are incapable of conducting fair investigations.

Note: 2 of the officers named below, Dunford and Carr were also part of a 2004 lawsuit against the City of Boston because they felt they were discriminated against because of their “Caucasian race”.
see it here: http://www.clearinghouse.net/chDocs/public/EE-MA-0020-0002.pdf

Now, on to the awards…

Officer Brian R. Dunford is awarded “The Department Medal of Honor” among other officers for their response to a call on October 16, 2011.
Officer Brian Dunford also happens to be the same officer who was involved with the vicious 3/23/08 beating of Boston Firefighter Wayne Abron. At the time Abron was villianized, but later (9/21/09) he was acquitted of all charges against him and is currently engaged in a lawsuit against the City of Boston and the BPD.
This is what Wayne Abron looked like after his encounter with Department Medal of Honor recipient Dunford.

Officer Michael T. McManus is awarded The Mayor’s Medal of Excellence among other officers for general performance of duty and achieving a cumulative count of over 250 arrests in B-2. In addition to this actual award McManus was also in a separate ceremony appointed to one of the most coveted and high profile assignments within the BPD. McManus was appointed by Commissioner Ed Davis to the BPD Fugitive Squad which we are told includes the much wanted perks of: unlimited overtime, make your own hours and a personal take home vehicle. [CORRECTION: BPD has reported to us that this appointment does not include unlimited overtime rather overtime comes from a budget overseen by BPD Administration. They also state that junior appointees to the Fugitive Squad do not get a take home vehicle.]

Office Michael T. McManus also happen to be the same Officer involved in 2 separate incidents which were some of the city’s most controversial cases. McManus only joined the force in 2007 and has made quite an impression.

A. The death of David Woodman – on June 18, 2008 David Woodman was being arrested in the Fenway after a Boston Celtics Championship. He died 11 days later and his family was subsequently paid a 3 million dollar out of court settlement by the City of Boston.

B. The beating of 17 yr old boy at RCC – On October 22, 2010 a 17 yr old teenage black boy was apprehended by members of the BPD and DYS. The event was captured on video and went viral on youtube and became highly publicized. McManus was one of the officers in the video involved in the beating of this young man. A year later Suffolk County DA Dan Conley declared no wrong doing.

Also please note that this award is different from the others because in this case, which to the Blackstonian is the most despicable award, is for the specific incident in question. Unlike the other awardees who were awarded for other instances and not the particular one which was notorious and in question, this specific honor the very highest medal given by the BPD is specifically for the very incident that our community is so traumatized from.

Officer Christopher Carr is the same officer involved in the Sept. 7, 2011 police chase from Roxbury to Rockland, MA which ended in the death of Mark McMullen. For those who have been following the Blackstonian you know that we have organized around this very issue. We have sat with the family and this case is VERY MUCH in question. 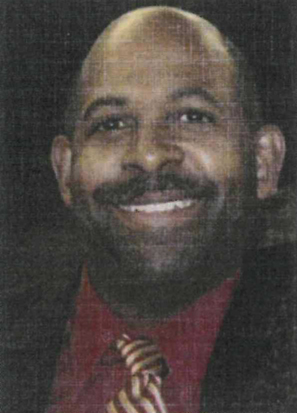 The Blackstonian seriously questions how an officer can be awarded for a high speed chase 30 min out of the city, when BPD policy forbids chases out of city limits, except in the case where a suspect is fleeing a serious, violent felony and people are in imminent danger. this was not even remotely close to such a case.

Please read the narrative supplied by the BPD describing the incident for which this award is given.