Blackstonian readers may remember during Tito Jackson’s run for office we published a damning series on why we knew he was not the best candidate for District 7.

We reported on where his money was coming from which is indicative of future interests and alliances and we also showed where his money was being spent which indicated what interests he was loyal to. It saddens me to have to bring this up again but we knew this would happen and we warned people.  Some may say, we just have something against Tito. Not true. We actually supported him in his campaign for At-Large because we believed then and still believe he is better fit to handle that diverse group of people and an At-Large seat would give him the opportunity to ham it up across the city primarily playing nice.  We still do not support Tito Jackson for District 7 Councillor because for a District in dire need and so deprived of services and suffering from an epidemic of violence, drugs, poverty and health issues, we need a champion, and he is just not that dude.

Tito Jackson is not a fighter, which is why so many of his campaign promises have fell flat. Employment is dismal, major developments are going on and being planned for Roxbury almost all of them are facing community pushback around BRJP compliance and Tito is not capable of fighting.  The nice, affable, self-depricating, goofy guy is cool for the turkey fry but not for the street fight.  With our very serious and dire conditions we need a champion who is serious, committed, unwavering and fearless to organize people, mobilize people push agendas and get results.  It is my belief that the personality of Tito Jackson makes him incapable of that type of true gritted determination and courage to negotiate when necessary but also know when to bum rush the show.

The shootings in our community are consistently rampant and the District 7 Councillor is unable to mount a campaign to address the #1 Most pressing issue in his district.  It is my hope that in writing this people can separate themselves from the personality contest that have many people embracing the Tito social movement and take a critical look at the services (or lack thereof) being delivered to District 7.  Here’s what’s scary, Chuck Turner as beloved as he is, often times went waaaay out to the left field but no one can accuse him of being a no-show and delivering many times on issues of employment, education, budget, etc. Here’s what’s scarier than that, WE ARE SCREWED because currently we have no choice. Certainly Roy Owens is not the option.  I feel like my District has the no representation because we have the wrong representation.

So how is Tito failing Roxbury? By failing to deliver services that are critical to the quality of life in D7. By failing to fiercely advocate on behalf of the residents of D7. In the near future we will do a report looking at his time in office, right now I want to focus on a few things to illustrate my point.

You have all heard the rumors and whispers of the various organizations and many key community members who are angry and disappointed with Councillor Jackson for failing to deliver on their issues. These grumblings have been in the areas of education, economic development (which is his area of “expertise”), violence, discrimination and policing and those collected grumblings are beginning to form a roar. There are alot of folks who feel let down, betrayed or abandoned by Jackson and often they are former staunch supporters who now are quite pissed off if you talk to them for a minute.

Then there is just the general lack of respect because of his lack of a commanding presence. Jackson is often the butt of jokes, many times at his own hand but I don’t get the sense that he understands or cares if many people are laughing at him instead of with him.  It’s just not a good look. We don’t need a bumbling, fumbling dough boy, we need Wesley Snipes from Passenger 57.  District 7 doesn’t need another Turkey Fry. We don’t need a Councillor who at every playground opening goes down slides yelling “Whee.” We don’t need another Michael Jackson/Prince party and certainly do not need to see not one more photo of our city councillor in heels, a blouse and a wig. I can’t make this stuff up. (Please don’t send me a message asking why would I post a picture of Jackson like this. The question is why would a City Councillor and grown man take a picture like this and actually thinks its funny or cute.) 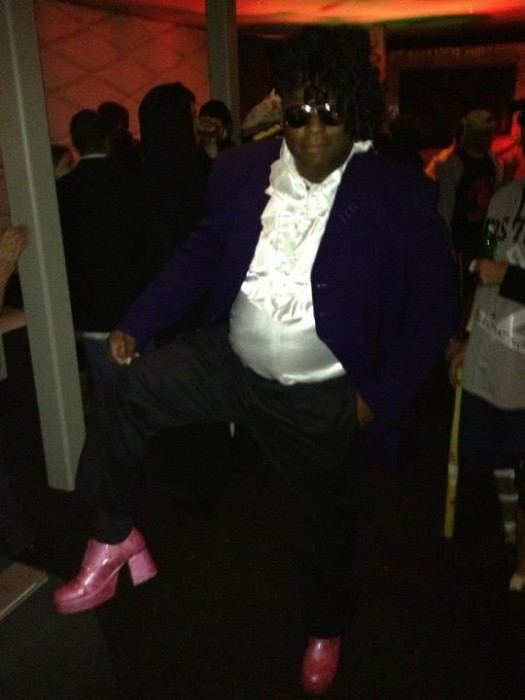 Now let me get to what really set this all off. A simple picture. You know the saying: “A picture is worth a thousand words.”
Well dig if you will this picture. (shameless Prince joke, I couldn’t resist.) 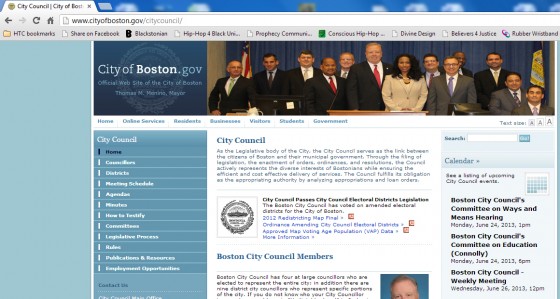 What does this picture say to you?

Now this is the official City of Boston.gov website and this is the official City Council page.
This to me is symbolic imagery of the representation District 7 is getting right now because of the ineptitude of Jackson.
You will notice his is the only face obscured in the photo and you can make out half of that awkward grin. It screams socially awkward and can’t fit in.  The fact that I know that they took multiple photos and the photographer certainly checked them and they ran with this photo shows the lack of respect and disregard the entire Boston City Council has for Jackson. He is an afterthought a target of ridicule and just does not command respect. If that was anyone else, that photo would not have been used or changed by now. Everyone else is visibly shown unobscured looking confident and strong except for our councillor. So goes Roxbury. Obscured and represented with incompetence.  The fact that this happened is symbolic of our neighborhoods place in the city.