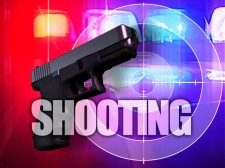 The Boston Marathon Bombing has captured headlines nationally and locally since it first happened on April 15th in Copley Sq. Since then, there has been an increasing sentiment that Boston is in fact two cities when it comes to the sharing of tragedy and pain across racial lines. The almost daily violence that occurs in Roxbury, Dorchester, Mattapan, Jamaica Plain and the South End which tends to impact Black, Latino and Cape Verdean is largely treated as business as usual by the local media and city and state government. When the tragedy at the Boston Marathon occurred there was a noticeable difference in the handling by law enforcement and the media and elected officials and the private sector which all echoed the fact that THIS IS important. Conversely, the lack of response to primarily Black and Brown pain and trauma indicates that THIS ISN’T important.

At the prompting of Gov. Patrick and Mayor Menino, local corporations and every day citizens alike began contributing to the “One Fund” and within one week had generated over $20 million dollars (now at $26.7 mil) which to many communities of color struggling with violence, school closings, community center closings, etc. seemed like a huge slap in the face. Its as if there is a magic money bag that appears when something “important” happens or when there is a “tragedy” or a loss of people of “value” to instantly address the situation and care for “victims” who have been traumatized. Unfortunately for Black and Brown people from Boston to New York to Detroit to Chicago to Atlanta to Compton we are left to fend for ourselves and bury our own dead.

Here is the list of shootings that have occurred in Boston since the Marathon on April 15th.
(This is what we researched, may not be a complete list and we are at this time unaware if these cases have resulted in death or only injury, feel free to comment if you have additional information.)

View the most up to date info on our Live Map / List of Shootings since Boston Marathon.